A downloadable game for Windows and macOS

Freedom Through A Lens is a photography exploration game. Created by @nicstaracek and @FeenikxFire for #ResistJam, abiding to the Freedom of Press diversifier, in that the game showcases press and journalism through game play.

The developers are grateful to have had the opportunity to create this game through #ResistJam and thanks all of the jam and game's supporters!

Freedom Through A Lens could not have been made without the outstanding effort and work of these talented developers and artists:

The developers used Royalty Free assets that were sourced from TurboSquid, CGTrader, TF3DM, and these were used accordingly.

The developers would like to thank Fungus Games, While Fun Games, and Ibuprogames for other game featured assets.

The developers would like to recognize the in-game music as ODAKIAS by Ryuichi Sakamoto, used under CC BY 3.0

Freedom Through A Lens has been featured on the following media sites:

Waypoint VICE - "Picture the Surveillance State in this Game"

FreeGamePlanet - Freedom Through A Lens

You can read the post mortem for FTAL here, written by developer Nicholas Staracek.

Please Note: Mac OSX build had not been fully tested for functionality, it may have bugs.

Am I doing something wrong?

It's lovely how you were able to implement so many different stories just by putting the player in the role of a photo journalist. :) The different characters and their motivations to be at the places were interesting to explore and I also like your own art style. <3 Happily I included this game into one of our compilation articles about the ResistJam and in a showcase video, along with two other nice games. :)

Have you got some future plans for it? :)

I like the game! It's just missing some of the salty elements of the protests. 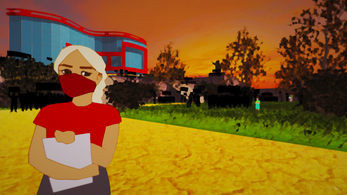 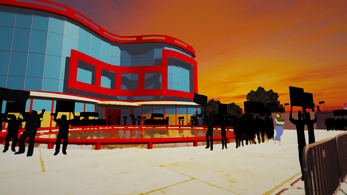 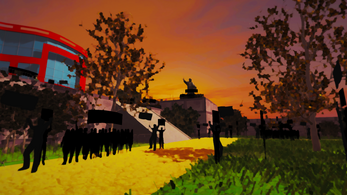 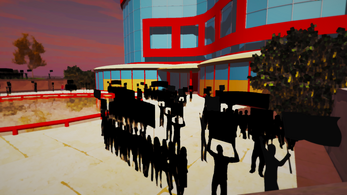